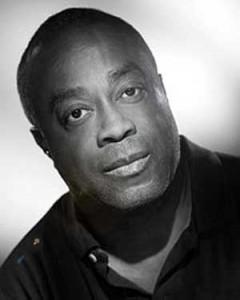 Maybe it’s just part of being a successful artist: you’re proud of the work that made your reputation, but, being an artist, you want to put it behind you and move on to something new. Trouble is, your fans don’t want to let you. If you’re Sting, they sit in the back of the concert hall year after year and holier, “Roxanne!” If you’re Woody Allen, they buy tickets for each new film hoping it will be a remake of Annie Hall.

As frustrating as that kind of response must be for an artist, it could be forgiven in the case of the filmmaker Charles Burnett, whose early movies Killer of Sheep (1973) and My Brother’s Wedding (1983), share a subtlety largely missing in much of his more recent work. Sheep and Wedding managed the not inconsiderable feat of showing black families and communities with their uniqueness intact, and yet not allowing that uniqueness to devolve into the kind of stereotype that overshadows character. The people in those films and in Burnett’s masterpiece, To Sleep with Anger (1990), come across as END_OF_DOCUMENT_TOKEN_TO_BE_REPLACED

Although the Hong Kong International Film Festival (HKIFF) is a noncompetitive event, it is more than a “Best of” World Cinema. This year, the 21st HKIFF (March 25 – April 9) packed an array of fourteen programs, including “Global Images” (new international cinema), director tributes and “Archival Treasures,” which included Louis Feuillade’s ten-episode serial, Les […]

SnoreRX Can Help You Manage The Snoring

Willingly putting a hunk of plastic in your mouth to help curb your snoring problem isn’t the easiest decision to make. There are so many models on the market you have to make sure you do your research and figure out just which one works for you. You also have to consider your budget and […]

Portrait Of A Classic: The Ice Storm

Ang Lee, director of The Ice Storm – whom one would not necessarily regard as a stylist – has conceded that his previous films (Pushing Hands [1992], The Wedding Banquet [1993], Eat Drink Man Woman [1994], and Sense and Sensibility [1995]) lacked a style, in order to make the point that The Ice Storm has […]

Due to corrupt files and the deletion of important data, the Poweredge logical drive failed to work and cause the problem for the user. The best thing is to avoid the situations that cause the failure of the drive. But what are the precautions that we should use to avoid these miss happenings? The first […]

La Scorta – You Can’t Lose With Him

In American gangster movies, the Mafia usually appears in loud, showy images. Within approaches as different as the high opera of the first two Godfather films (or the feeble comic book of The Godfather, Part III) or Martin Scorsese’s sprightly dance-of-death realism in GoodFellas, the dons and soldiers of La Cosa Nostra parade their brutality […]

The Montreal World Film Festival screens a vast number of films – most of them European, Latin American, and Asian – while showing few big-budget Hollywood works. Montreal is known as a festival of moviegoers while its rival, the Toronto International Festival, is viewed as more market and industry oriented. One of Quebec’s most prominent […]

Was “Bulworth” Worth It?

Bulworth is the most politically radical film from Hollywood since, well, Warren Beatty’s Reds. It slashes at the two-party system in America, corporate domination of economic life including healthcare, corrupted mass media, and racial injustice. Unlike Reds, which employed realistic techniques to evoke the revolutionary fervor surrounding the Bolshevik Revolution, Bulworth is a tragicomedy. Its […]

Are French Directors Fading In Importance?

Of the various French directors that one can place within that loosely defined group known as The New Wave, Jacques Rivette is certainly one of the least well-known in the U.S., although his recent La Belle noiseuse (1991) has changed that slightly. While directors such as Godard, Truffaut, and Chabrol were managing, in spite of […]

Long before the critical and popular success of Secrets & Lies, Mike Leigh made many low-budget films for television. Most of these subtle and unique works – e.g., Grown Ups (1980) and Home Sweet Home (1982) – depicted the everyday domestic life and relationships of working-class people. These films never received the same critical consideration […]

Reviewing In The Company Of Men

The battle of the monuments rages in Moscow. A year-old statue of the last Tsar, Nicholas II, was blown up last spring. In July, explosives at the base of the massive new memorial to Tsar Peter the Great were deactivated before they could send the monument into the Moscow River. History has not been kind, […]